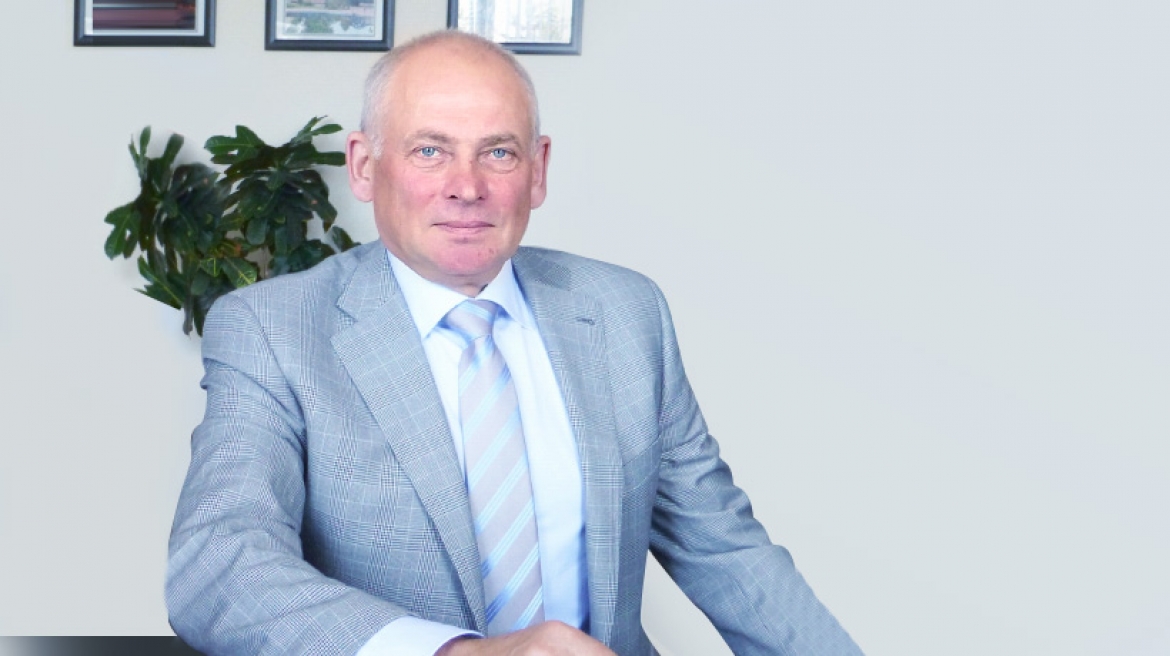 In September 2020, “Kremenchug Plant of Road Machines” celebrated its 150th anniversary. Nikolay Danileiko, Chairman of the Supervisory Board - President of PrJSC “Kredmash”, told about the main points of the establishment and development of the company.

During this century and a half, the company has come a long way in an effort to the new and advanced, the desire to work and create equipment capable to build roads that unite people, cities and countries.

- Nikolai Ivanovich, you of all people, feel involved in the path that the machine builders have walked. How did the history of the plant begin?

- Our company was founded in September 1870. At that time, it specialized in the production of agricultural machines, and over time has grown into the largest company for the construction of road machines, which today celebrates its 150th anniversary.

This is a respectable age, which has accommodated the fate of many generations of factory workers, has created a special Dormash character and traditions based on patriotism, loyalty to the team, and the continuity of the parents' professions.

During the evacuation of the plant to Ural city - Kurgan during the Second World War, workers produced gas stations, gas containers and flamethrowers for the front.

And in 1949, the plant became a trendsetter in a new direction: the first sample of the asphalt mixer series was produced here.

What is interesting, the first D-225 unit with a capacity of 10-12 tons/hour was used during the construction of the bridge over the river Dnieper in Kremenchug.

- What made “Kredmash” equipment so popular in due time?

- Road machinery instantly became popular due to its high quality and reliability, one-size-fits-all technical capabilities. For a long time, our plant was the only enterprise in the post-Soviet space on manufacture of asphalt mixing plants and trailed soil compacting rollers.

On the basis of the enterprise, a powerful design office was created to develop of new models of road equipment and special vehicles for the entire industry. The machinery has been exported to 41 countries around the world.

- Do “Kredmash” products still hold leading positions in its industry?

- Yes, our company retains its position as a leader in the domestic engineering industry in the road construction equipment market. Products of “Kredmash” brand - asphalt, ground and concrete mixing plants, municipal equipment - are known both in Ukraine and in the near and far-abroad countries.

We also offer consumer goods. Our sealing machines for home canning has been popular with consumers for over 40 years.

- What products are the priority for the enterprise?

Over 70 years since the release of the first asphalt-mixing plant, more than 21 thousand of them have been produced, more than 100 various modifications have been created.

PrJSC “Kredmash” is confidently moving towards its goal: to meet the level of the world's leading manufacturers of asphalt-mixing plants. At the request of consumers, asphalt-mixing plants are manufactured in stationary and mobile versions, ground and tower types, with a capacity of 56, 64, 80, 110, 160, 200 tons/hour, with the ability to operate on liquid or gaseous fuel.

Components and materials from leading world manufacturers are used as part of asphalt-mixing plants. All units comply with high environmental requirements.

Hundreds of kilometers of highways and roads in more than 40 countries of the world were built thanks to the technology produced by PrJSC “Kredmash”. All these roads carry a piece of our work and soul.

I sincerely wish the team to move only towards success, inspiration in their daily work, the implementation of all creative plans and the achievement of new significant victories!