THE RECYCLER HAS BEEN STARTED ON KREMENCHUG ROADS FROM TODAY 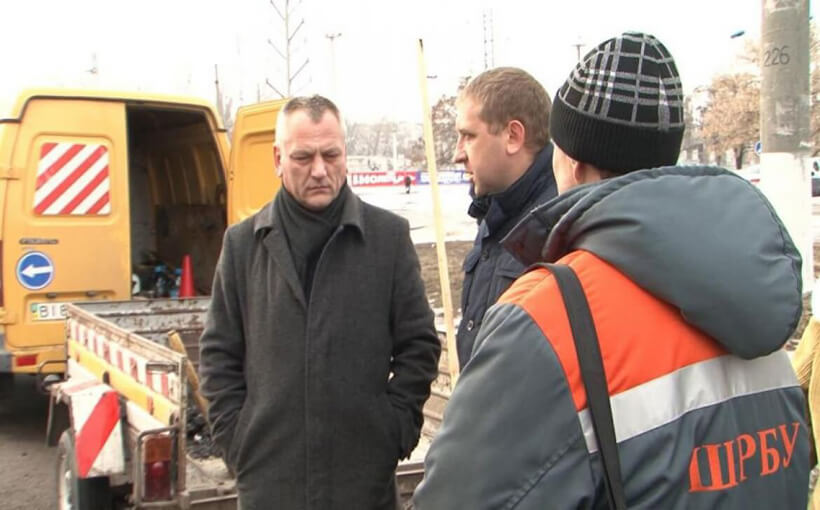 On behalf of the mayor Vitaliy Maletskiy, for several days running the road workers have been working to eliminate holes on the roads formed after massive snow melt. Since the main volume of work on the repair of the asphalt concrete pavement is not yet allowed by weather conditions, it was decided to patch the pits with the help of granule screening and asphalt concrete mixture. Now the roads of the city have dried out a little, and it became possible to use a recycler purchased at the end of last year for the patching of the asphalt concrete pavement of the city's highways.

Today Mayor Vitaliy Maletskiy personally supervised how the new equipment works. He noted that this year, snowfalls and fluctuations in outdoor temperatures had a bad effect on the condition of city roads. After the snow melted, all problem areas on the highways became visually noticeable, and today there are many of them.

Therefore, the head of the city instructed the director of CE "DRSU" Valeriy Kireev to mobilize the forces of the road service to bring the road surface into proper condition, so that neither drivers nor passengers of transport would feel uncomfortable on Kremenchug roads.

On the first day of operation, it was decided to test the action of the recycler in places of slight damage of the asphalt pavement, namely in the area of "City Garden" stop. Then the brigades of CE "DRSU" will move to more difficult sections of the roads and Kryukovskiy and Pivzavodskiy overpasses.

PJSC "KREDMASH" BECAME THE WINNER IN THE CONTEST "POLTAVA BRAND-2013"