Nikolai Ivanovich Danileiko is the Honorary Freeman of Kremenchug 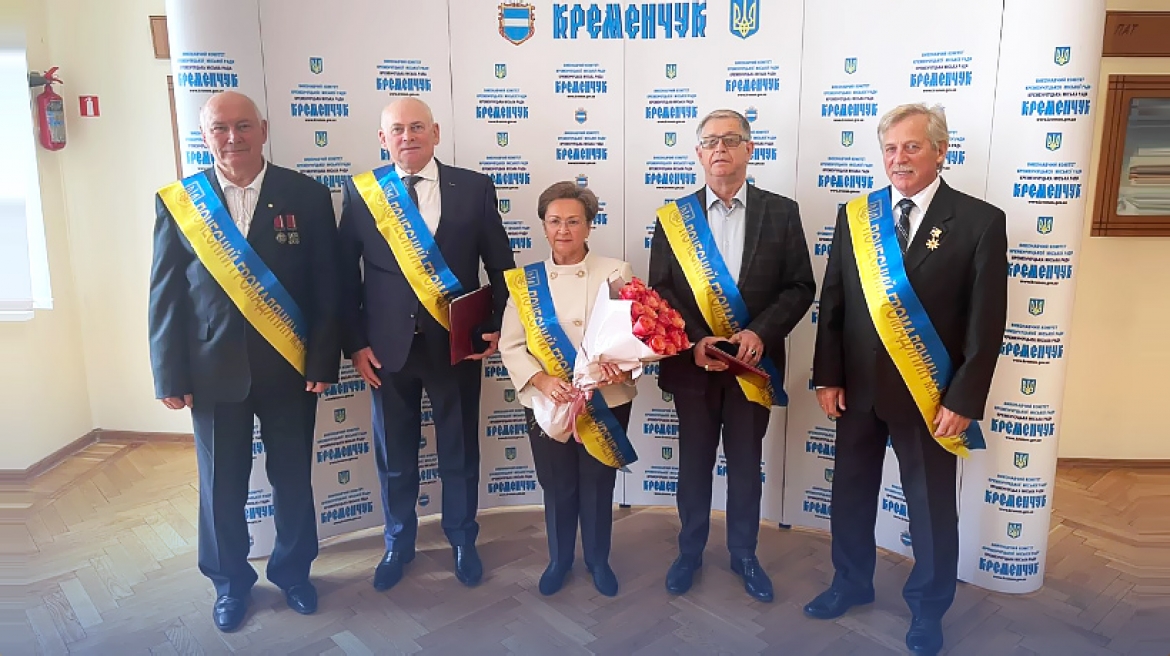 On September 28th, 2021, at the session of Kremenchuk Municipal Council five respected citizens of Kremenchug were awarded the title of the Honorary Freeman of Kremenchug.

Nikolay Ivanovich Danileiko is among them: Chairman of the Supervisory Board — President of the Private Joint Stock Company "Kremenchug Plant of Road Machines", as well as Honored Machine Builder of Ukraine, member of the Council of Kremenchug Branch of Poltava Chamber of Commerce and Industry, Chairman of the public organization "Kremenchug City Organization of Employers".

The mayor of our city, Vitaliy Alekseevich Maletskiy, personally handed over to the Honorary Freemen the corresponding certificates, ribbons and badges.

PrJSC “Kredmash” is proud of its leader, who inspires the staff of our company with his successes to achieve new, more significant achievements!