On March 27, 2015, the General Meeting of Shareholders of PJSC “Kredmash” was held, at which reports of the Board were heard (reporter A.Trerezy - Chairman of the Board, Chief Executive Officer of PJSC), Supervisory Board (reporter NI Danileko - Chairman of the Supervisory Board, President PJSC) and the Audit Commission (speaker - Kuznetsova E.N. - Chairman of the Audit Commission) on the Company's financial and economic activities in 2014. A decision was made to pay dividends for 2014, and the balance of net profit to invest in its own production. The discussion of the reports was attended by the head of the department of foreign economic relations and implementation of Ponomarenko V.P. and the head of the design office Volkov V.V.

According to the decision of the general meeting of shareholders, the Company's Board should ensure the implementation of the approved production and sales plan for 2015, speed up work to bring the level of products manufactured by the Company to the requirements of the technical regulations of the Customs Union and European certificates, continue to work on all existing programs aimed at stabilization of the enterprise, improving product quality, expanding markets, the implementation of measures on energy efficiency and nergosberezheniya.

We celebrate the New Year with hope for the best 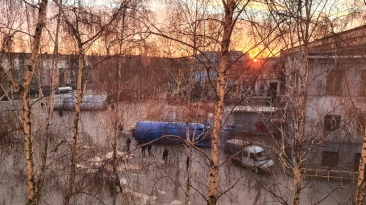 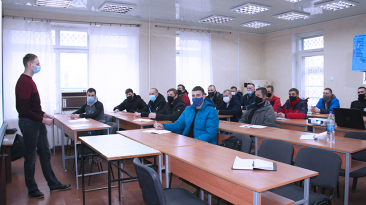 PrJSC Kredmash carries out the training for the profession "Asphalt-mixing plant operator".