PJSC "KREDMASH" AT THE EXHIBITION "KAZAVTODOR 2014" 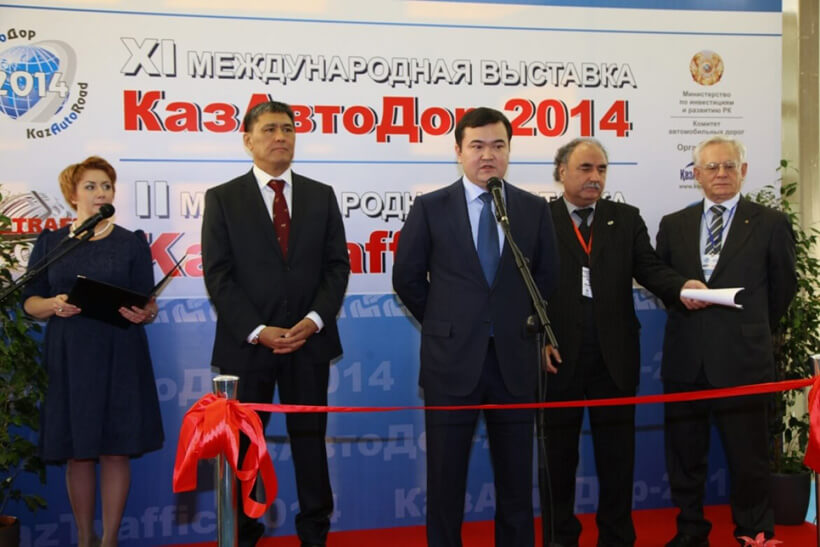 On November 19-20th, 2014, the international exhibition of road construction equipment “Kazavtodor 2014” was held in the Exhibition Complex “Korma” in Astana the capital of Kazakhstan. Traditionally PJSC "Kredmash" participated in the exhibition together with the dealer in the Republic of Kazakhstan the company "Kredmash Impex". PJSC “Kredmash” was represented by the Head of the Department for Foreign Economic Relations and Sales Vladimir Petrovich Ponomarenko, Kredmash Impex LLC was represented by the Director Alexander Evgenievich Golovin.

Many business meetings with partners and potential buyers were held at the exhibition. In particular, negotiations were held with representatives of Kazavtodor branches concerning purchases, within the framework of the park renewal program, asphalt mixing plants DS-185 family, with a capacity of 56 tons per hour. Negotiations were also held with representatives of the company “Kazakhdorstroy” on the purchase of ground-batching plants DS-50B.

Our stand at the exhibition was visited by the delegation of the company “CaspiyTasZhol”, which gave good comments concerning the operation of bought this year unit DS-168637B with the paddles of Swedish armor.