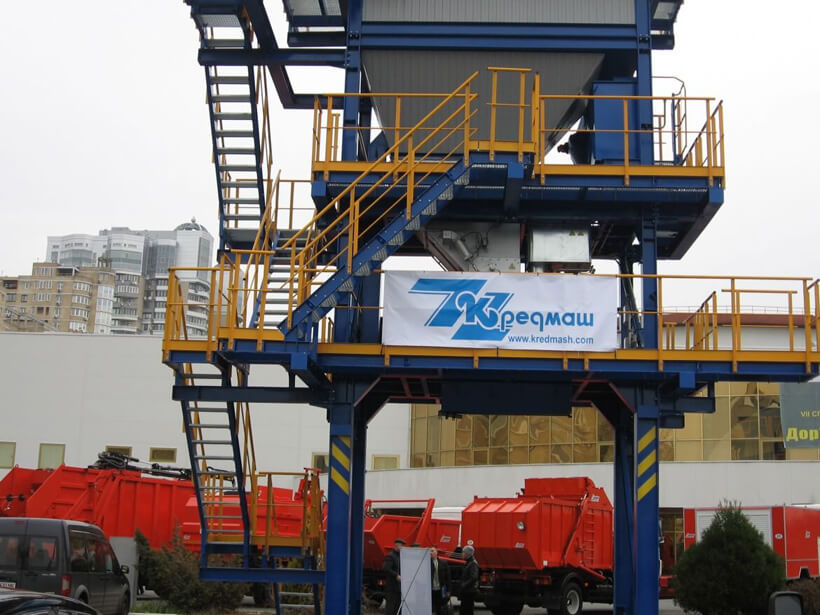 The 14th International Forum "Avtodorexpo2016" was from 7.11.2016 to 10.11.2016 in Kiev, which is considered the main event of the road construction industry in Ukraine. More than 40 companies offering their products to road organizations were represented at the forum.

Within the framework of the forum the negotiations were held between the General Director of PrJSC "Kredmash" Tverezyi Alexandr Vladimirovich and Deputy Minister of Infrastructure of Ukraine Evgenii Kravtsov.

The exhibition was a record by number of visitors. The serial asphalt mixing plants of new model line produced by PrJSC "Kredmash" KDM206, KDM208, KDM209, which are the leaders in sales in the Ukrainian market were of great interest.

The 14th International Specialized Exhibition CommunTech-2016 was practically at the same time from 08.11.2016 to 10.11.2016 in Kiev on Brovarsky avenue. More than 70 participants from 12 countries of the world were represented at the exhibition. More than 12 000 specialists visited the exhibition with a total area of 16 000 square meters.

Our exposition on the open area became a real record-holder, more than 1000 specialists - road workers, representatives of municipal services of Ukrainian cities, owners of commercial structures involved in the construction of roads in Ukraine visited our exposition during the exhibition. 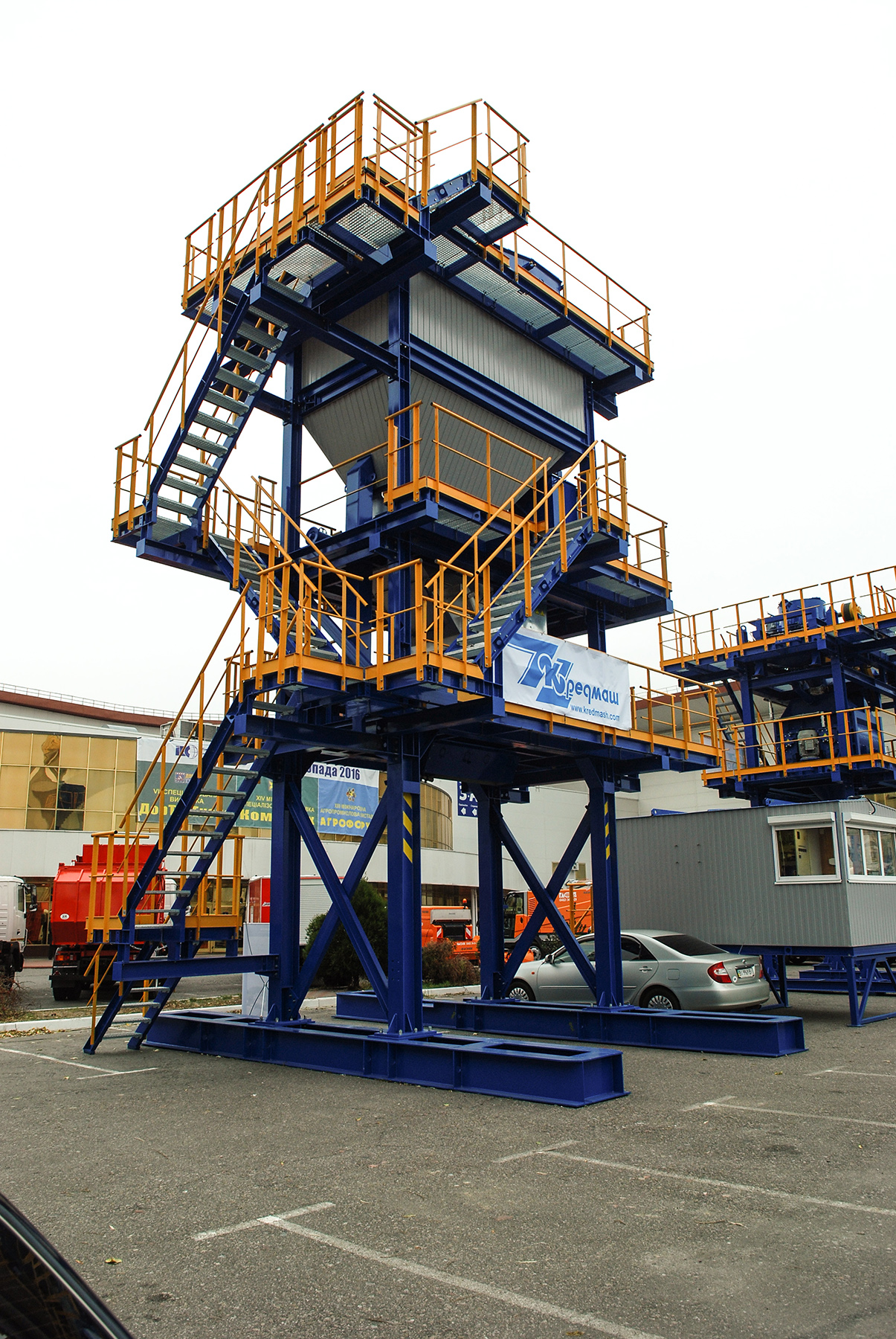 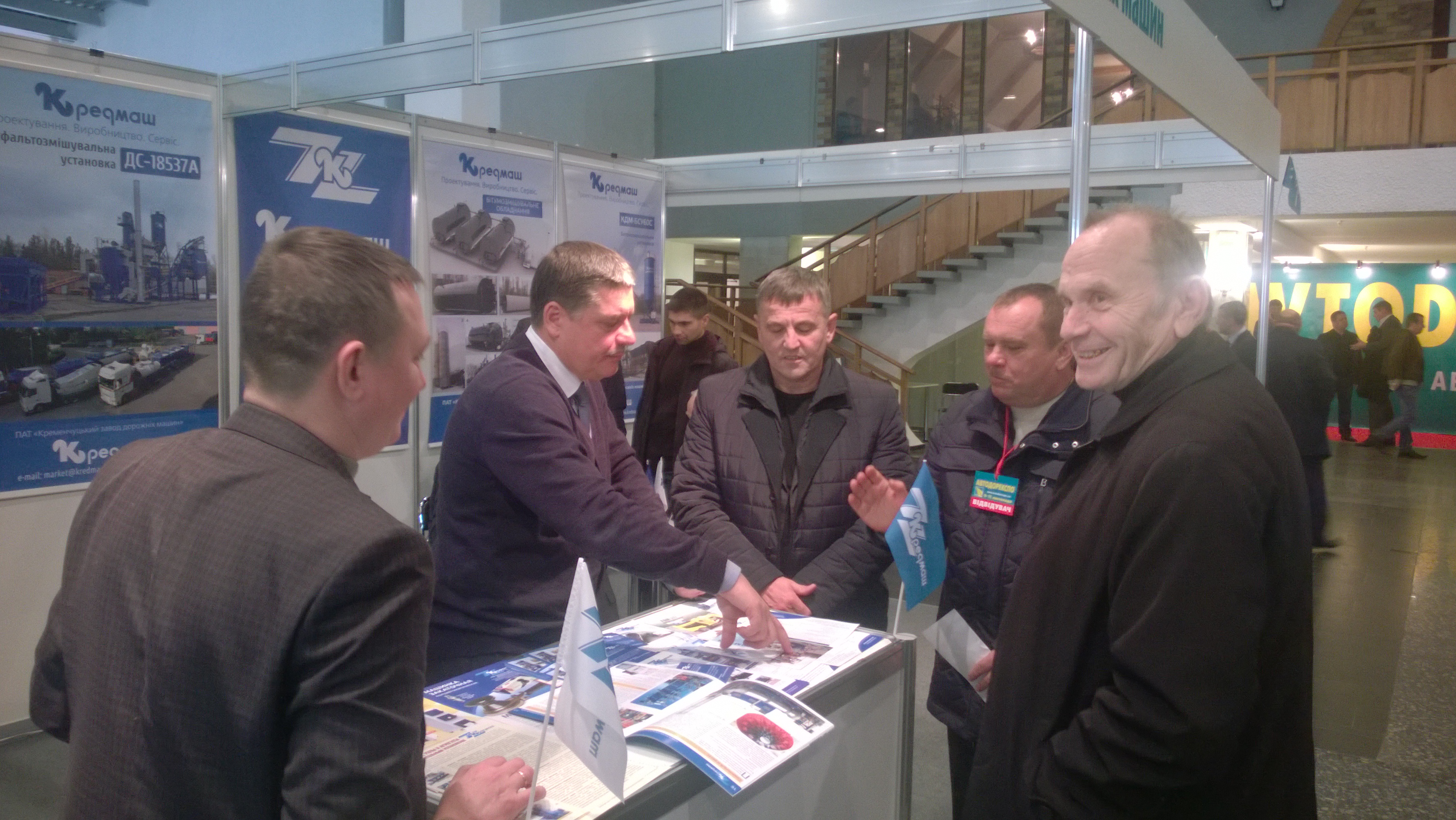