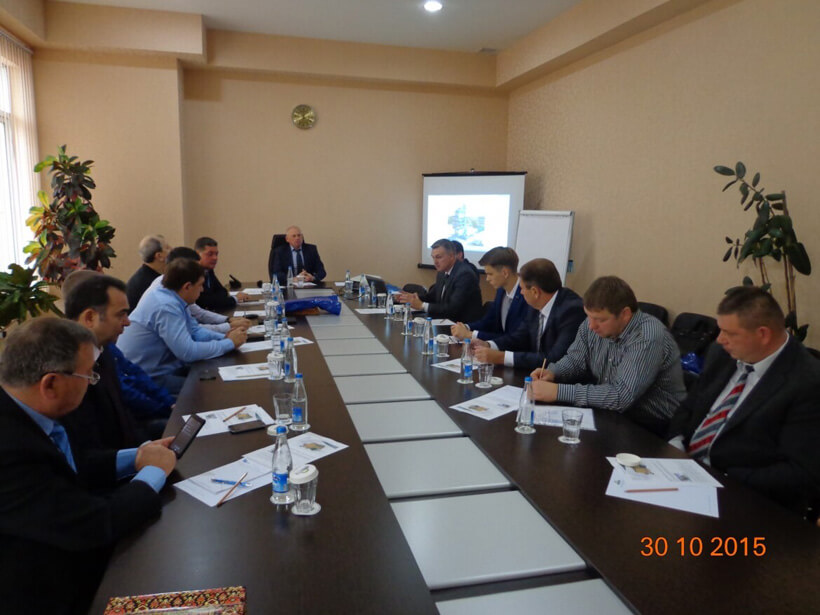 On October 30th, 2015 in Baku (Azerbaijan) was held a working meeting of the plant's dealers. The meeting was held in the conference hall of the hotel “DAYS”.

The meeting was attended by representatives of PJSC "Kredmash" dealers from Ukraine, Russia, Belarus, Kazakhstan and Azerbaijan, as well as the plant management.

Opening remarks were made by the President-Chairman of the Supervisory Board of PJSC "Kredmash" Danileyko N.I. The speaker told about the current situation at the plant: about the difficulties and problems facing the plant team and ways to resolve them.

Speaking at the meeting, the Chairman of the Board - General Director of PJSC "Kredmash" Tverezyi A.V. summed up the work of dealers for 9 months of 2015, reported on the prospects for the development of the plant and the tasks for the near term.

The meeting discussed the current issues of the work of regional representatives of PJSC "Kredmash". During the direct and open dialogue between the dealers and plant managers, it was developed an action plan aimed at improving the work of the dealer network and effective interaction between dealers and the plant.

In the second part of the meeting the Chief Designer of PJSC "Kredmash" Volkov V.V. in detail acquainted those present with the new products of the plant, answered dealers' questions.

The meeting, according to all those present, was constructive and fruitful.