MINISTER VISIT TO THE COMPANY 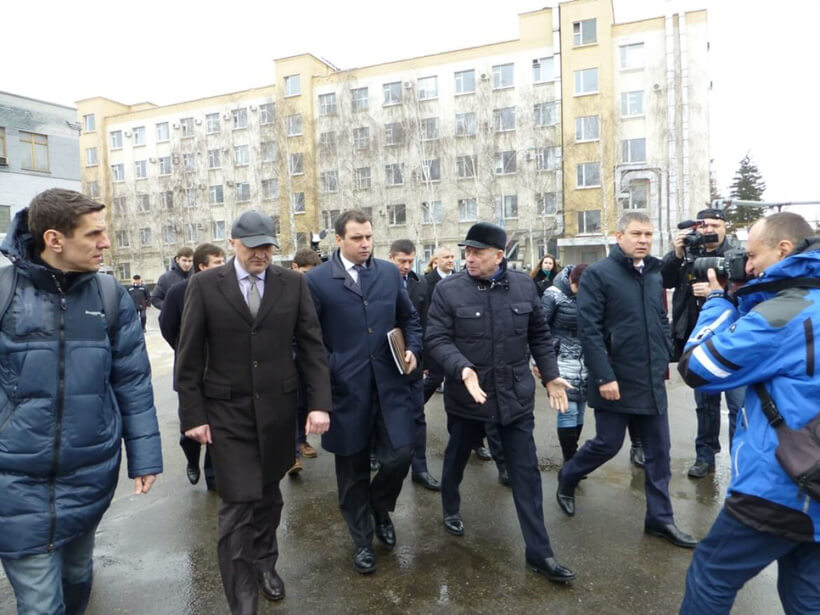 The guests had a meaningful conversation with the management of the company - Chairman of the Supervisory Board - President of PJSC "Kredmash" N.I. Danileiko and Chairman of the Board - Director General A. V. Trerezyi. There were discussed the problematic issues of the plant, which require solutions at the state level: increase in the timing of return of foreign exchange earnings, support for domestic producers, import substitution, expansion of markets and others.

In accordance with the program of the visit, the Minister got acquainted with the production, communicated with the workers of the plant, inspected the production workshops and the finished products of the plant, asked a lot of questions. Then the guests saw a train with platforms loaded with nodes of asphalt mixing plant KDM20163, which is being prepared for shipment to Georgia.

A large number of journalists, television workers, and specialists from the ministry’s press service attended the plant, along with the guests. The media were informed about the plant’s operation in 2014 and production plans for 2015 at the press conference. 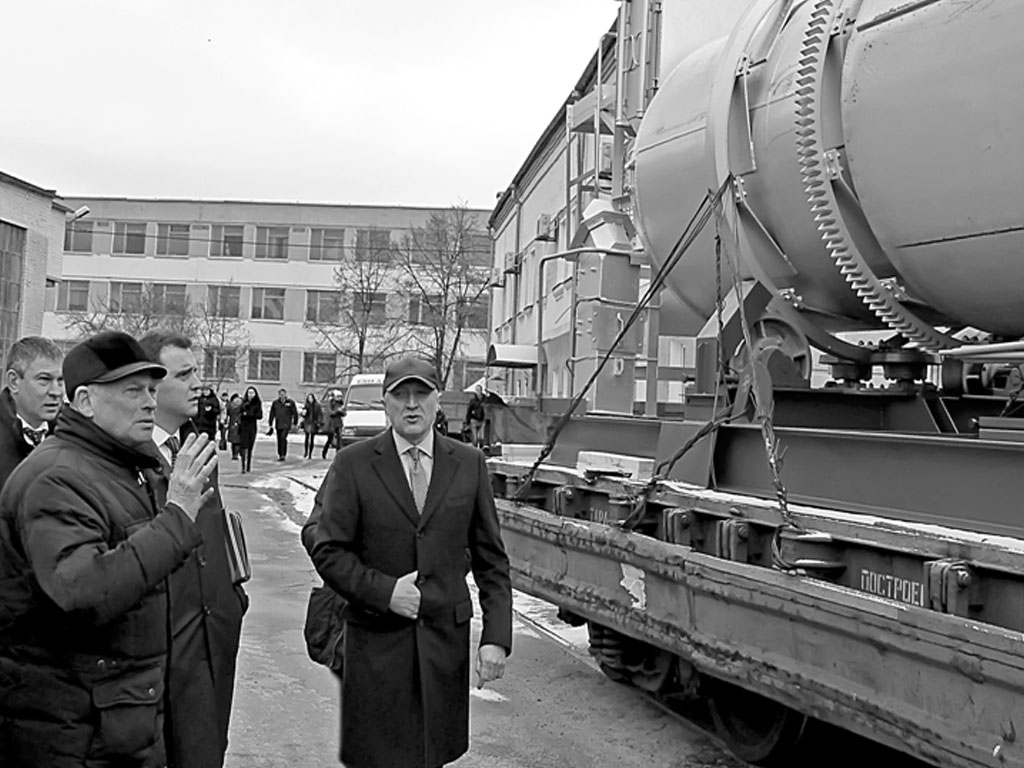 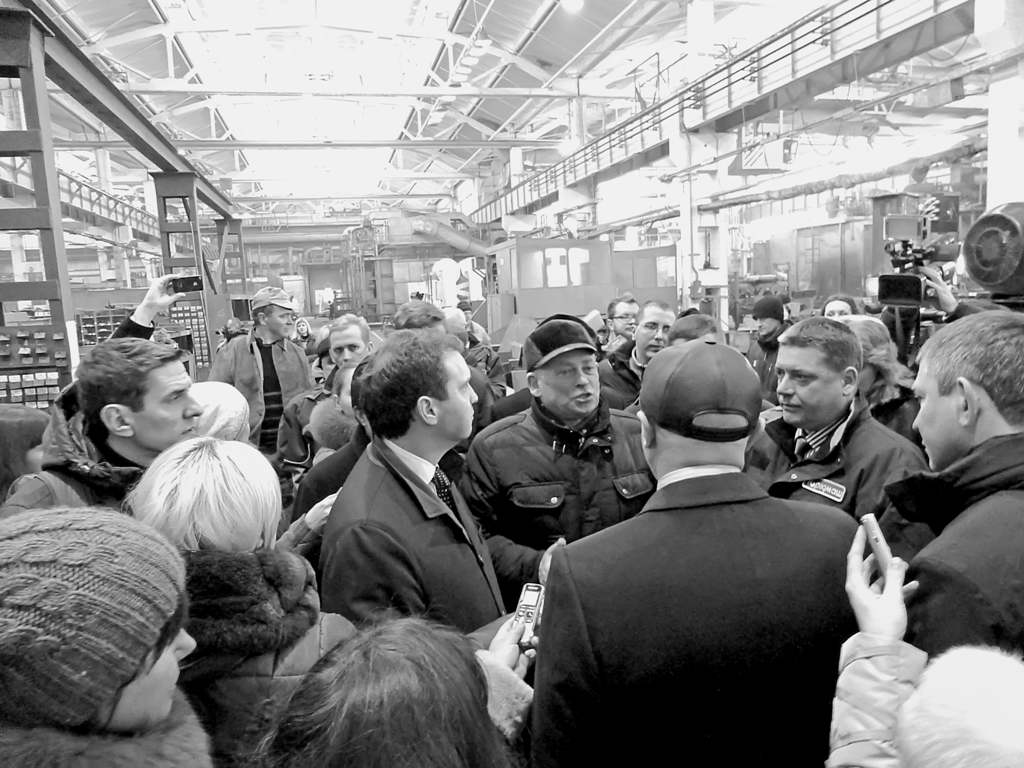 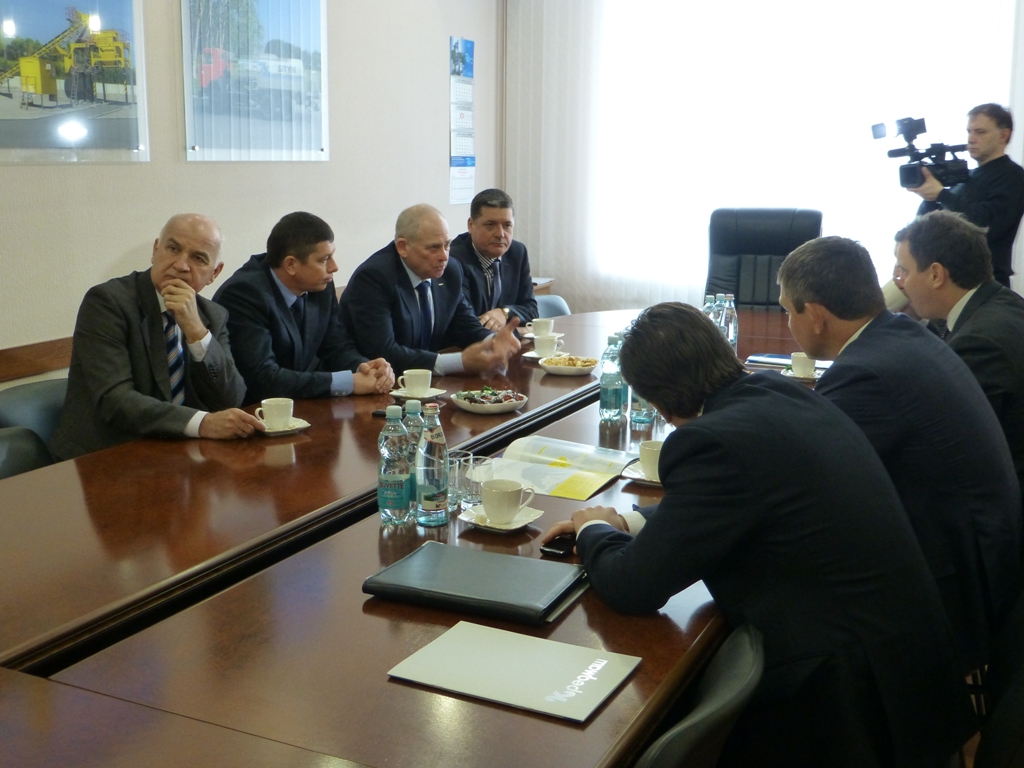