How to reduce the cost of asphalt production 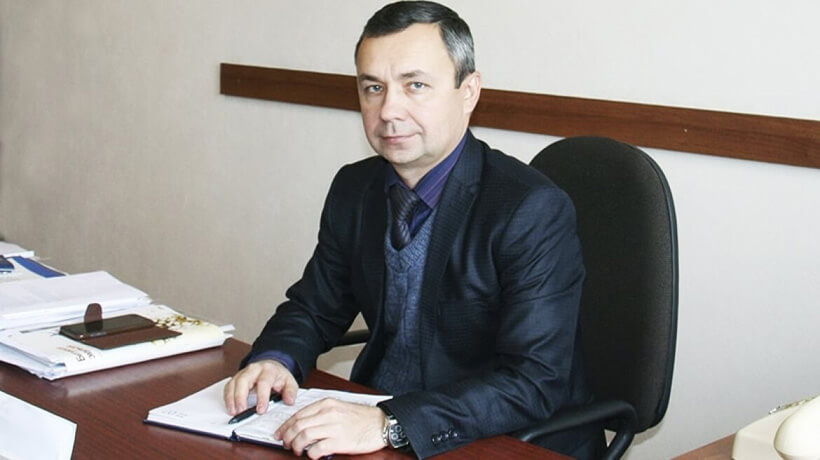 Asphalt production is considered to be one of the most demanded industries to start a business for a reason. As practice shows, the payback period of the asphalt mixing plant with the normal volume of orders is about 1 year. But the prices for equipment and competition among road builders are growing. Therefore, everyone is interested in reducing the costs of the asphalt mix production and, therefore, increased profits.

We learned  what should a modern plant for the production of asphalt be like and all the ways to optimize the costs of the enterprise from the deputy chief designer of PJSC "Kredmash" Sergei Viktorovich Perepelchenko.

- Sergey Viktorovich, even such a profitable business as the production of asphalt  needs the best ways to reduce production costs. What solutions have a positive impact on cost optimization in this area?

- When the European and Ukrainian experience of road construction is analyzed, the following ways to reduce the cost of producing an asphalt mix by the consumer are identified:

Other technologies ensure the replacement of bitumen, the one of the most expensive components of the asphalt mix, with various additives. For example, adding sulfur to the asphalt. Sulfur in solid form is a by-product obtained from the extraction of oil and natural gas. There is no place to apply sulfur, besides, it pollutes the environment. There are many studies proving that the use of sulfur can reduce the dose of bitumen in the asphalt mix formula without deteriorating its quality. Thus, in addition to reducing the cost of asphalt, the issue of recycling the waste of gas and oil industry is being addressed. However, this technology is hindered by the problem of the toxicity of sulfur emissions created during heating and melting.

- How else can one reduce production costs? For example, apply other, modern methods to substitute  bitumen?

- In Europe, cold and / or hot recycling is actively used to replace bitumen in the production of asphalt mix. Recycling is a system of feeding into a mixer a dosed secondary asphalt ( crushed asphalt), either cold or preheated in an additional heating drum.

- What are the reasons for this technology to be requested  in Europe?

- New roads are practically not built, because they have already been built. Most of the major roads are already under repair. And, therefore, there is a significant amount of old asphalt. Also, the cost of production of the asphalt mixture is  decreased by reducing the dose of bitumen, as it is the most expensive component of the mixture, because bitumen already exists in the crushed asphalt. All of the above is confirmed by European tenders for asphalt mixing plants, in which a system of cold and (or) hot recycling is already an obligatory option. 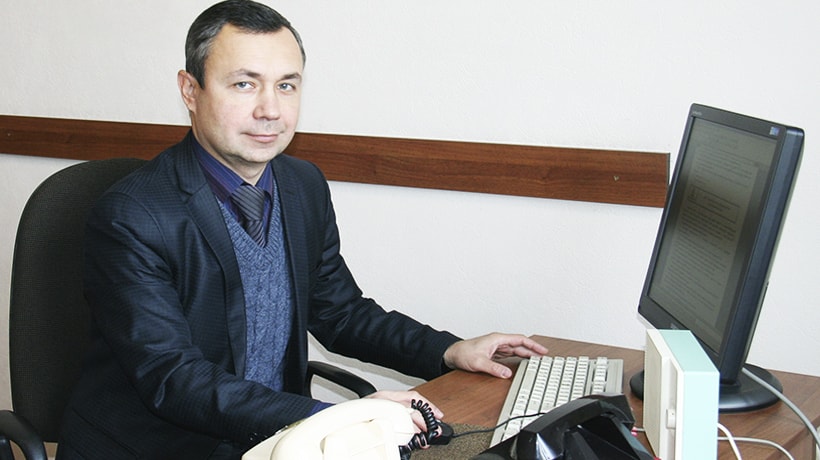 - Kremenchug plant of road machines  aims at creating equipment for the production of asphalt, which best meets the current market needs. What innovations of Western developers have found their application in the technology of the enterprise?

- Indeed, in its new developments, PJSC "Kredmash" tried to take into account various European trends in road construction. One example is the new development of the design office - the asphalt mixing plant KDM 207 with a capacity of 60 t / h with the option of a cold recycling system. KDM 207 will replace old-fashioned DS-185 installations in the future. The recycling system works as follows: an crushed asphalt weighing up to 20% of the batch weight is fed to the top of the mixing tower into the supply hopper from a storage bin mounted on the ground through an inclined conveyor and a vertical elevator. A separate weighing hopper for crushed asphalt on strain gauges is installed under the feed hopper. From the dispenser the weighed crushed asphalt enters the mixer through the discharge tray, equipped with a pneumatic lock. The recycling system is equipped with a separate duct from the mixer to the exhauster to remove wet gases from the mixer.

In Ukraine to date, this technology has not yet gained much popularity, although crushed asphalt should be in excess judging by the volume of roads repair  in our country.

For secondary roads in Europe, and now in Ukraine, there are cold recycling plants that do not have a heating drum at all, and the road surface is formed from the existing old coating with the addition of cement, bitumen emulsion and water.

- The topic of patching roads has also been popular lately, which is also relevant for Ukraine. What can PJSC "Kredmash" offer to a consumer in this respect?

-  Our company makes various types of installations, focused on solving a large number of tasks. Of course, we could not pass by patching roads, - the company produces a regenerator of asphalt RA-802. It is a carrier frame mounted on a two-axle trolley. The frame houses a heating drum equipped with an internal combustion engine (Germany), a fuel system with a 120 kW diesel burner (France), a hydraulic system based on components from a European manufacturer, and a control system. The heating drum is loaded with milled crushed asphalt (or asphalt pieces), and lump bitumen, if necessary. All this is heated up to 180 ° C and unloaded. RA-802 is a cyclical unit with a capacity of 4 t/h with a single 800 kg drum load. The batch takes approximately 12 minutes. The fuel consumption is about 3 kg per ton of the mixture.

In conclusion, I want to note that PJSC "Kredmash" is trying to keep pace with the times and offers the consumer new products and technologies for road construction in Ukraine, optimal prices for asphalt production equipment, which will allow road workers to reduce operating costs and production costs of asphalt mix while maintaining its quality. 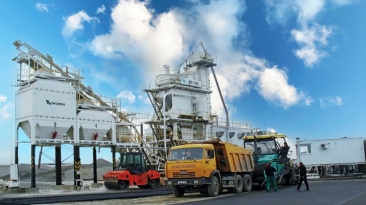 Asphalt mixing plants for the construction of highways and national roads 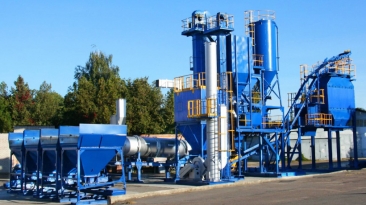 Asphalt mixing plants for small scope of work and their applications 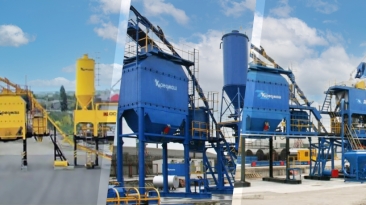 AСP aggregates: what they are and why they are for