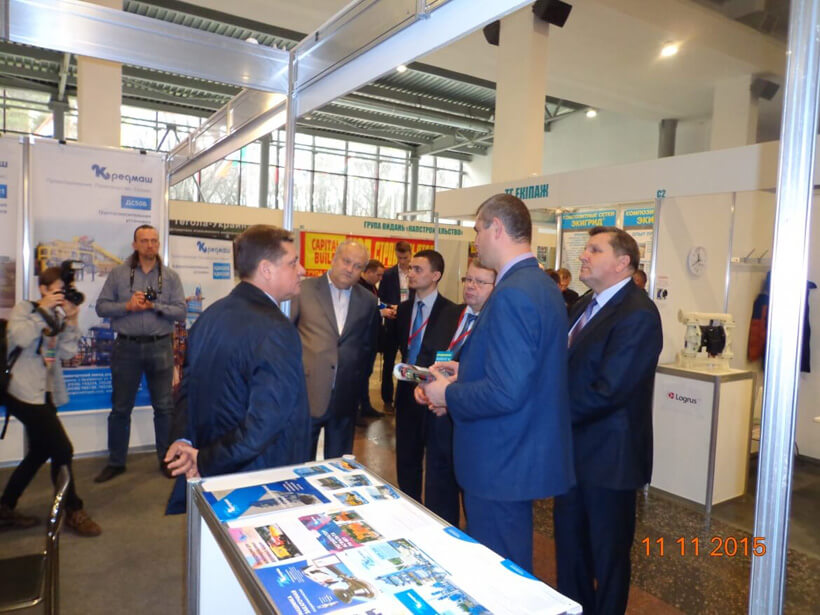 The exhibition “Avtodorexpo 2015” in Kiev is the traditional place of communication between manufacturers and Ukrainian road builders.

The exhibition, which previously had a protocol character, today, in connection with the intensification of road construction in Ukraine, has acquired a new meaning. Thanks to the funds of the World Bank, the sections of the most important international routes are being repaired and completed. Next year, due to the decentralization of local budgets, funds are planned for the purchase of equipment for the repair of roads at the local level.

The managers of Ukravtodor visited the stand of PJSC "Kredmash". A substantive conversation took place between the head of the State Company and the Chairman of the Board - Director General of PJSC "Kredmash" Tverezyi A.V.

Technical Director of PJSC "Kredmash" Dovbnya A.I. spoke at the scientific-practical conference and presented new developments of the plant - units KDM206 and KDM208.

Numerous meetings and negotiations with road builders and representatives of utilities were held at the exhibition. Of particular interest was the novelty the asphalt regenerator RA-801. The utility providers liked the proposed samples and they are looking forward to the appearance of RA-801 for roads patching.

The exhibition “Avtodorexpo 2015” was productive and we hope it help to improve the quality of roads in Ukraine.

November 18th – 19th, 2015, in the capital of the Republic of Kazakhstan, Astana, the International specialized exhibition “KazAvtoDor-2015” took place, to which our enterprise was invited.

PJSC "Kredmash" took part in it together with representatives of the official dealers in Kazakhstan - "Kredmash Impex" LLC.

“KazAvtoDor-2015” brought together more than a hundred participants, including representatives of the transport departments of the countries in the Euro-Asian region, managers and specialists of leading road companies. Representatives of enterprises-manufacturers from Ukraine, Russia, Germany, Belarus and Kazakhstan also arrived.

Many participants showed serious interest in the new products of PJSC “Kredmash” - asphalt mixers of new model series (in particular KDM206), which on the technological capabilities are equal to well-known world brands.

A number of negotiations were held on the operational capabilities of the units, issues of delivery and maintenance, the acquisition of individual components and spare parts, a large number of commercial proposals were issued.

Thanks to the implementation of state programs for the development of transport infrastructure, despite the competition and economic tests, the market of Kazakhstan is promising for the supply of products of PJSC "Kredmash". 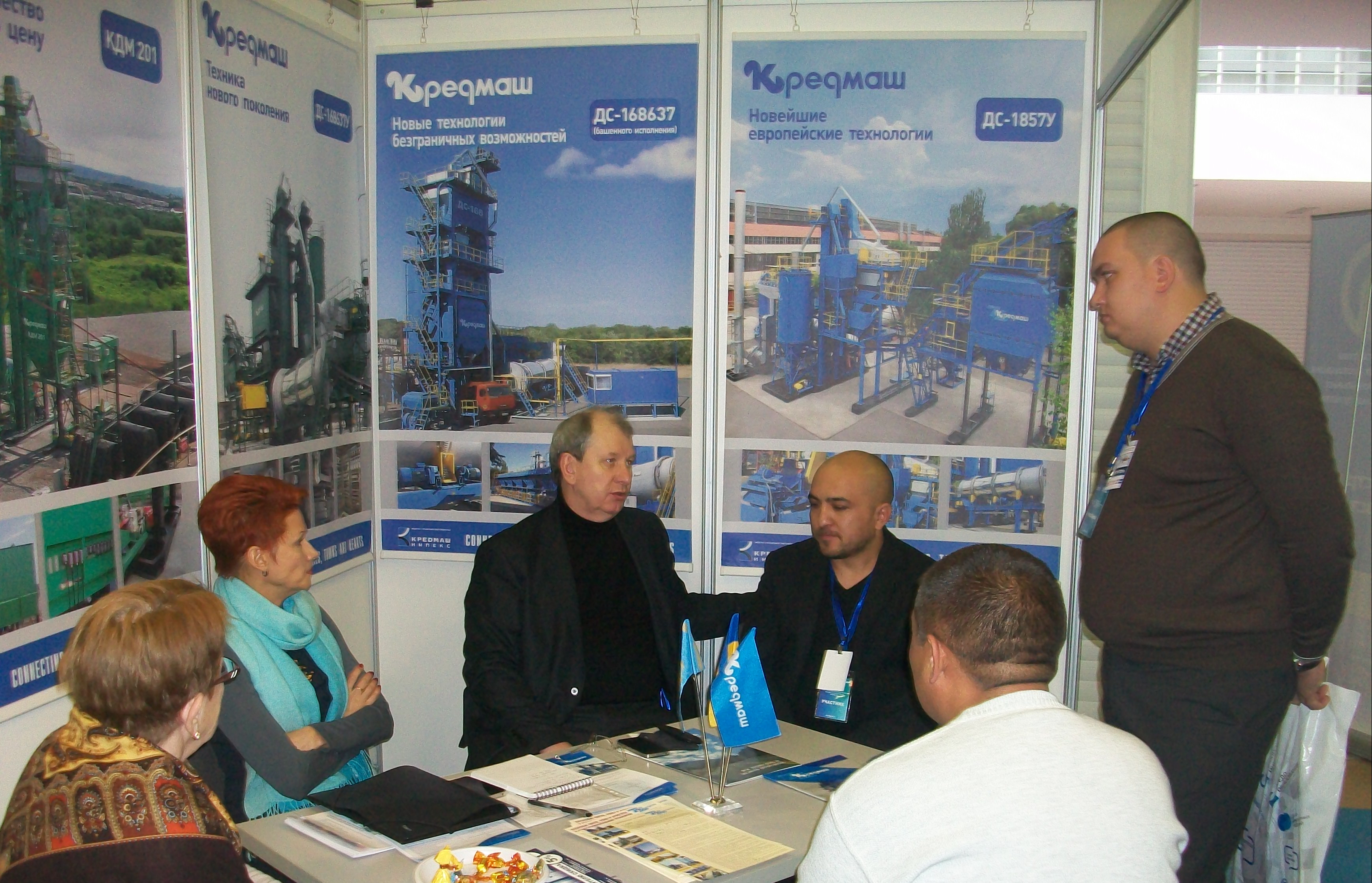