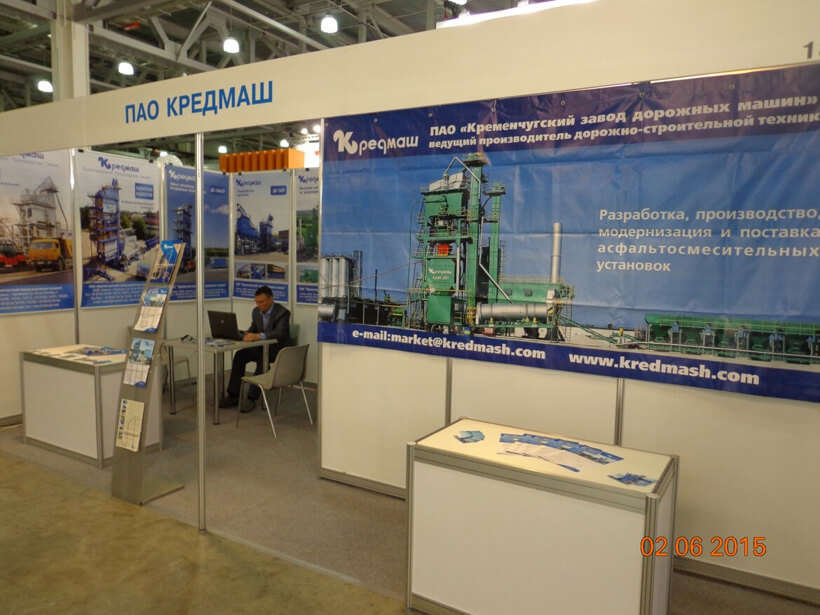 PJSC “Kremenchug Plant of Road Machines” traditionally took part in the largest exhibition “Construction Equipment and Technologies 2015” which was held in Moscow, Russia from 02.06.2015 to 06.06.2015 at the International Exhibition Center “Crocus Expo”.

Representatives of PJSC "Kredmash" together with dealers held commercial negotiations with customers from the Russian Federation, Belarus, Kyrgyzstan, Kazakhstan and other CIS countries.

Negotiations were held on the export supplies of PJSC “Kredmash” units and issued commercial offers to companies from Turkey, Algeria, Vietnam and others.